Of the hundreds of media pieces we have appeared in over the years, this too is a favorite, from the December 2012 Onion World Magazine the article by Eric Woolson entitled “Planting Seeds for Sound Agricultural Policies.”

Link for the article online: http://reader.mediawiremobile.com/ColumbiaMediaGroup/issues/104444/viewer?page=1

It is a fantastic article well written by Eric (an Iowa man, though he went to the University of Northern Iowa vs being a Hawkeye, but that’s close enough!) that nicely re-caps some of the more interesting things we have worked on over the years in terms of public policy and fighting in behalf of farmers.It also contains a number of neat pictures, including the cover photo taken by our son Caleb. Below you can see the article, including a second cover.

If you look closely at that cover you see it is signed by someone … former Senator & Secretary of State Hillary Clinton. Here is the story behind that signing … back in September I was down in DC for numerous meetings and to attend Sen. Gillibrand’s Ag Working Group & NY Farm Day reception. It is a fantastic event first started by Sen. Clinton and continued by Sen. Gillibrand, who is the first New Yorker to sit on the Senate Agriculture Committee in some 40+ years. It is coordinated by Jim Trezise, President of the New York Wine & Grape Foundation. Jim is a wonderful human being and a good friend who does a spectacular job year in and year out in regards this and numerous other functions (http://www.winejudging.com/bios/jim_trezise.htm).

Well, at this year’s event I happened to run into an old friend who used to work for Senator/Secretary Clinton. As we chatted and briefly caught up I pulled a copy of this issue out of my bag to show him, since it had a picture of Eve and Jonah with former President Clinton. I laughed and said “I’m sure the President has been featured a few times in “The Onion” but I bet he never thought he would be in “Onion World.” He laughed. I then asked him if he wouldn’t mind giving a copy to them, in case they hadn’t seen it. Plus they might get a good laugh out of it. He happily agreed.

About a month later we received an envelope in the mail from the former Secretary. When I opened it I was surprised to see the magazine and was sort of disappointed it was returned. But then when I got to the top I saw why, it had the very gracious signature. Very cool! 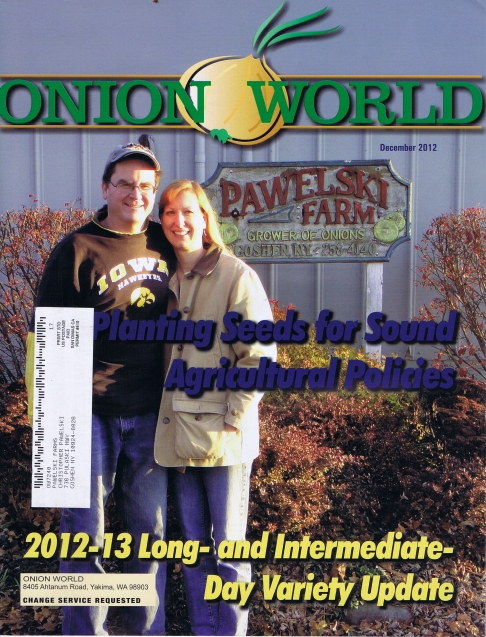 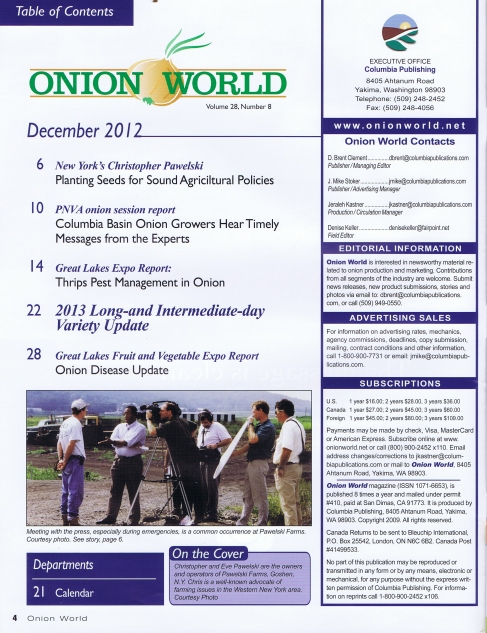 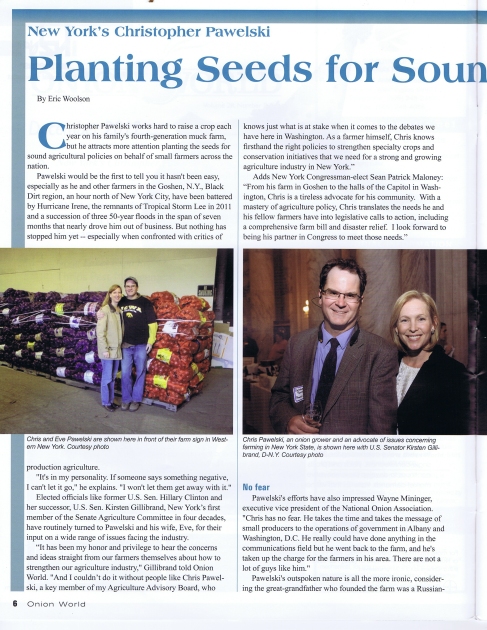