The following piece was written by Ginny Privitar for the 4/5/13 edition of the Goshen Chronicle and is called “Chris Pawelski stirs the muck: Political insanity revealed in ‘Muckville: Farm Policy, Media and the Strange Oddities of Semi-Rural Life.”

It is a very neat piece and also a favorite of Eve and I. 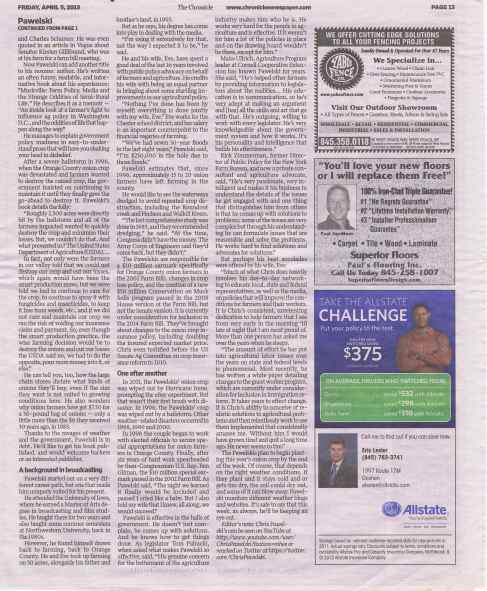