Readers of my blog recall a post of mine back on October 30, 2013 that was entitled “My dad, the ‘Fred G. Sanford’ of the neighborhood and his onetime CSI investigation.” It was an excerpt from my unpublished memoir, “Muckville: Farm Policy, Media and the Strange Oddities of Semi-Rural Life” and it dealt in part with an apparent theft of an entertainment center he was selling along side the road near my house.

Folks … it has happened again!

Yesterday my dad put up for sale in the same spot an old battery charger that somewhat works. His target price, $50. Now for a couple of weeks he had a pile of crap there of mostly stuff my brother-in-law unloaded before he moved tot he state of Florida. It wasn’t for sale, there was a big sign that said “free” next to it.

But that wasn’t the case with the battery charger. Dad: “I had the “For Sale” sign with my number.

So my dad in response once again, just like last time, put up a sign pronouncing shame upon the thieves and offering a reward for info on the theft. Me: “What’s your reward?” Dad: “Half of the money if we get the charger back.” The problem, you really couldn’t read the sign. 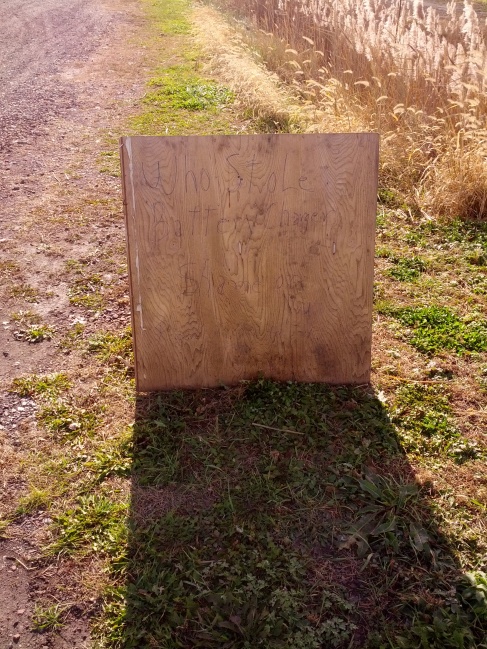 Of course the first thing I had to do about this was to Tweet about it:

My Tweets get automatically posted to Facebook and in response my intrepid and faithful FB friend and neighbor Claire posted the following information and clues:

Claire: “damn thieves!… if it happened btwn 3 & 4; there was a white, double cab, maybe duel wheelie, blocking 1/2 your barn drive; figured he was on the phone…. from now on I’m going to listen to my gut; now where the heck is my tire iron…….”

Me: “That had to be who took it! What sort of plate? Did you see how many people in the truck?”

Claire: “NY…dark windows…. think it had one of those silly narrow beds with the outrigger fenders…..”

Two facts must be mentioned at this point:

1. You don’t mess with Claire
2. You are very thankful that she is on your side.

I told him that no one could read his sign so he enlisted me to fix it, which I did.

He then proceeded to walk to the road so as to drill it to the last piece of free furniture that no one wants sitting now for weeks on the side of the road. 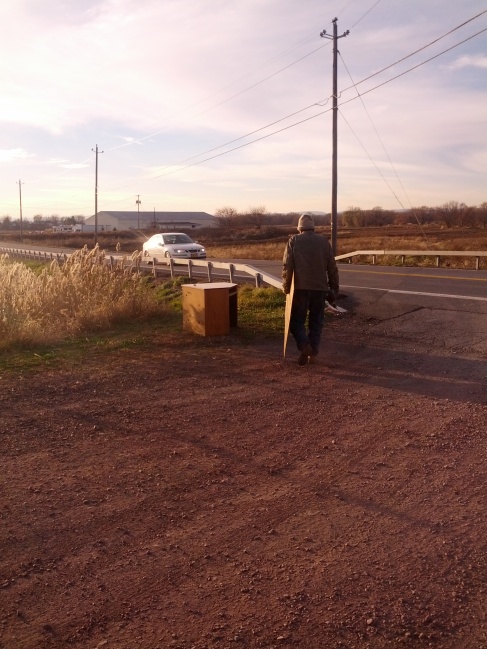 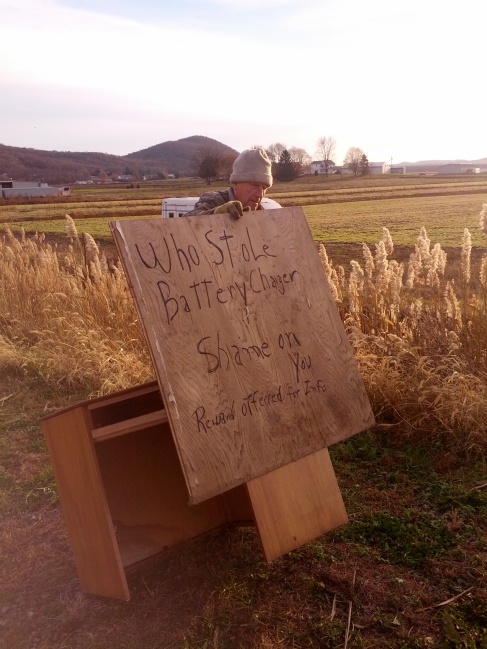 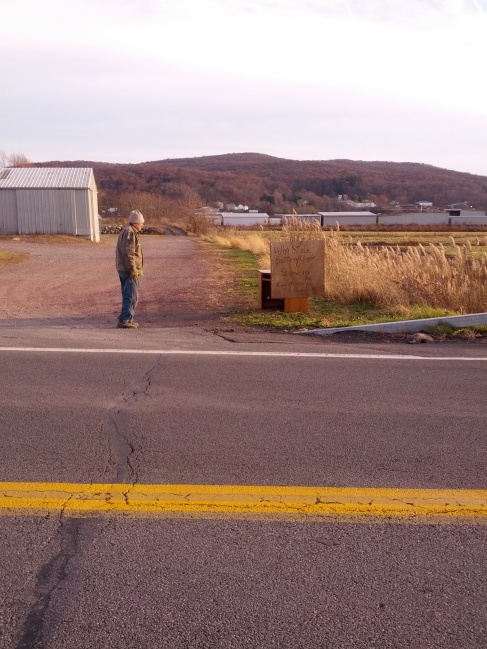 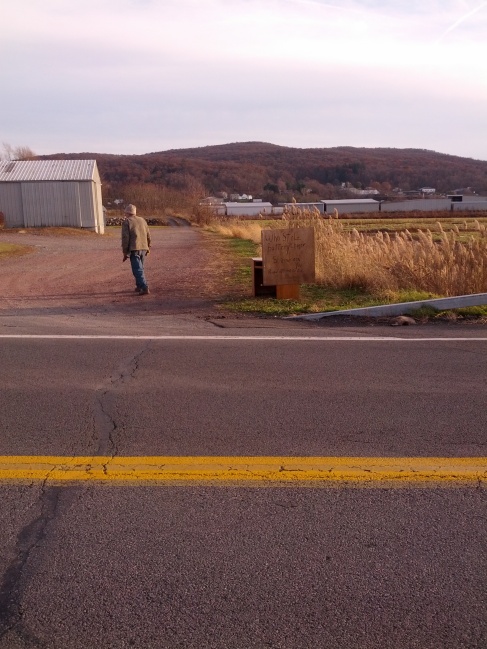 I asked him why he was ruining the piece of furniture by drilling the sign into it and he said “no one wants it, I’m gonna burn it.”

As he stepped away from his sign he pointed to it and said “look, there is the ‘For Sale’ sign on the back. How can you miss that? You can’t. That’s rude.” 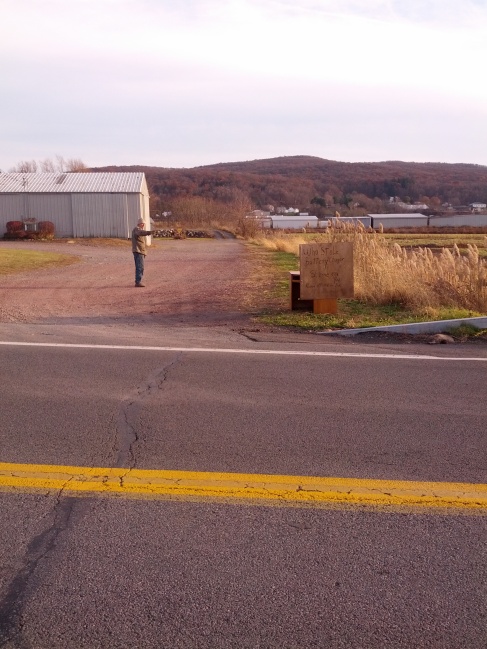 Now the question remains … will he “catch a thief?”

My friends, this is what I experience virtually every day on the farm.