As we were leaving the house late this morning the family and I turned and looked with amazement and saw … the stolen batter charger was returned! 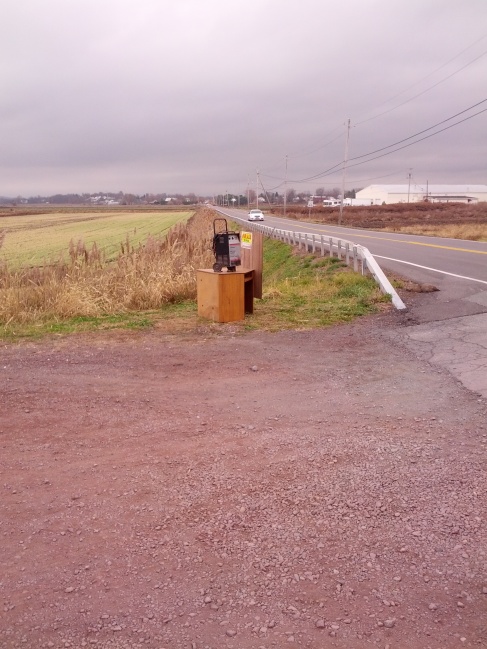 For the second time my dad’s “Shame on You” campaign worked (for the previous incident see this blog post: https://muckville.com/2013/10/30/my-dad-the-fred-g-sanford-of-the-neighborhood-and-his-onetime-csi-investigation/

I ran into my father a short time later and excitedly told him.

Dad: “Really? I didn’t see it between 8-9 am this morning when I came back from deer hunting. Someone must have brought it back.”

Dad: “Me too, I didn’t think it would work again.”

Later, when I took the photos I noticed that the people who took and returned it were even thoughtful enough to bracket the tires with small stones to prevent it from falling. 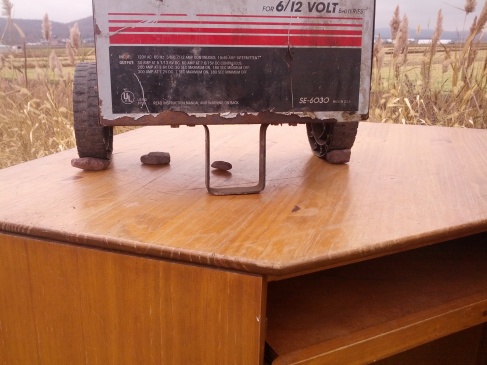 I just called my dad and told him about the stones.

Dad: “I saw that … that was nice … you know what, if they identify themselves I will give the battery charger to them for free now.”

I wouldn’t be surprised if my dad throws in a 50 lb bag of onions on top of it … on second thought, I highly doubt that.